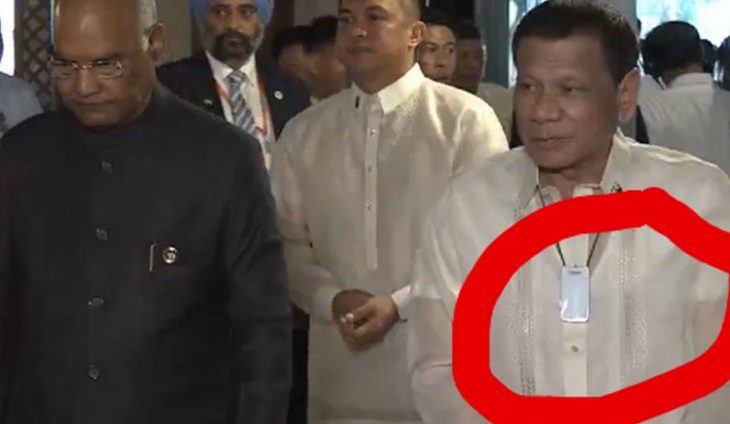 In previous engagements, he also wore the same equipment.

LOOK: President Duterte wears an air tamer again as he welcomes Indian President Ram Nath Kovind in Malacañang. He has worn the device in previous engagements | via @arianne_merez pic.twitter.com/Pf5trqifjc