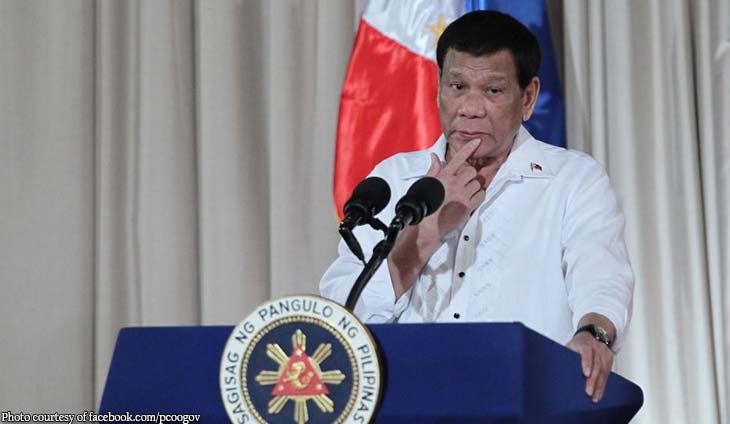 President Rodrigo R. Duterte has criticized the report of the Philippine Center for Investigative Journalism (PCIJ) for scrutinizing his family’s wealth and accused journalists of being paid hacks.

“Huwag na kami . Kasi kami what we earned outside is none of your business actually. ‘Yung ano na may mga negosyo kami, may mga law office kami,” he added.

Duterte was irked by the report which claimed that the law firm owned by his family is not registered and some business interests are not disclosed.

He said he did not find it necessary to put other business interests in his Statements of Assets, Liabilities, and Net worth (SALN) because he did not own them personally.

He added that his mother, Soledad, has fed him even when he was Davao City mayor.

The President claimed journalists who wrote the PCIJ report were paid to do so.

In its report, the PCIJ claimed that the Carpio & Duterte Lawyers entity, which has presidential daughter and Davao City Mayor Sara Duterte-Carpio and husband Manases as partners, has not registered with the Securities and Exchange Commission (SEC) since it was established.

“PCIJ has secured a dozen written certifications from the SEC that the Carpio & Duterte Lawyers and 11 other possible derivative names (i.e. Carpio Duterte Lawyers, Carpio Duerte Law Office, etc.) are not registered entities at all as of this posting,” the PCIJ report read.

Another PCIJ report found that out that he and his children, Sara and resigned Davao City Vice Mayor Paolo Duterte, saw spikes in their wealth during their years in public office

“…The President, Sara, and Paolo have all consistently grown richer over the years, even on the modest salaries they have received for various public posts, and despite the negligible retained earnings reflected in the financial statements of the companies they own or co-own,” the report read.
(PNA)