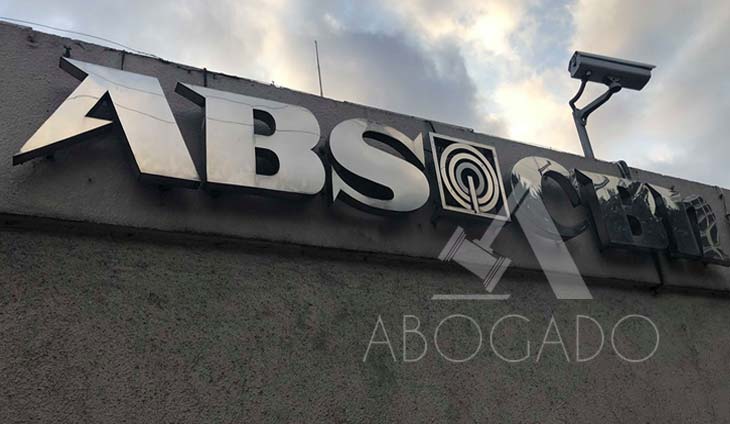 ABS-CBN Corporation has told the Supreme Court (SC) that it has no jurisdiction to entertain the quo warranto case filed by the Office of the Solicitor-General (OSG), arguing that only Congress can revoke its franchise.

In its 58-page answer to the quo warranto petition, ABS-CBN said a ruling in favor of the OSG “would violate the fundamental principle of separation of powers”—ironically the same argument raised by fanatics of President Rodrigo Duterte in complaining about the Senate’s hearings into the issue.

ABS-CBN noted that Section 11, Article XII of the 1987 Constitution stated a franchise cannot be “granted except under the condition that it shall be subject to amendment, alteration, or repeal by the Congress when the common good so requires.”

It added that Section 14 of its franchise law, Republic Act (RA) Number 7966, showed that legislators reserved the power of “amendment, alteration or repeal by the Congress of the Philippines when the public interest so requires.”

An identical provision could also be found in Section 18 of RA 8332, the franchise charter of Multi-Media Telephony, Inc., which is used by subsidiary ABS-CBN Convergence, Inc.

ABS-CBN argued that the SC’s judicial power referred to “actual controversies involving rights which are legally demandable and enforceable.” It quibbled that the OSG itself admitted that a franchise is “not a right… rather, it is a privilege subject to regulation.”

Since a franchise is a privilege granted by Congress and not a right, ABS-CBN said “these decisions involve policy determination—or political questions.”

The network argued that Congress is already tackling 10 pending bills to renew its franchise. Thus, it asked the SC “not to pre-empt Congress’s exercise of its power.”

ABS-CBN also argued that the pronouncement in Divinagracia v. Consolidated Broadcasting System, Inc.—which in 2009 stated that quo warranto is the proper remedy to assail the non-use, misuse or abuse of a franchise —was a mere “obiter dictum.”

An obiter dictum is “an opinion expressed by a court upon some question of law that is not necessary in the determination of the case before the court.”

ABS-CBN argued that the Divinagracia case did not actually concern the franchise granted by Congress. The issue was the power of the National Telecommunications Commission (NTC) to cancel the certificate of public convenience (CPC) that the agency issued.

The network also said the OSG did not dispute the grant of the franchises or their validity. Hence, they cannot said to have committed any usurpation as covered by a quo warranto case.