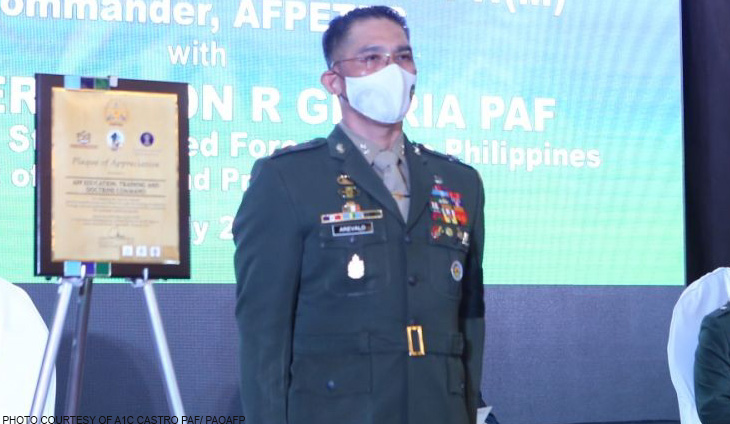 Abogado and long-time military official Edgard Arevalo is hanging up his uniform as he officially left the service last week.

The Marine major general Edgard Arevalo ceded his post as Commander of the AFP Education, Training, and Doctrine Command and as spokesperson of the Armed Forces after 30 years of service.

BGen Francisco Ariel Felicidario III took on his role as head of the training command. A joint Retirement and Change of Command Ceremony was hosted in Arevalo’s honor last July 16.

“As the Commander, AFPETDC and concurrent AFP Spokesperson, he continued to perform these crucial and demanding positions. [He] has exemplified the highest standards of professionalism and excellence in the service and the AFP will always be grateful to you,” Acting AFP Chief of Staff LtGen Erickson Gloria said of the bemedalled Arevalo.

According to the AFP, the abogado and uniformed officer was awarded Four Distinguished Service Stars, a Gold Cross Medal for Gallantry, a Kapanalig sa Kapayapaan, a Meritorious Achievement Medal, two Chief of Staff AFP Commendation Medal, and Four Gawad sa Kaunlaran among many other medals and campaign ribbons.