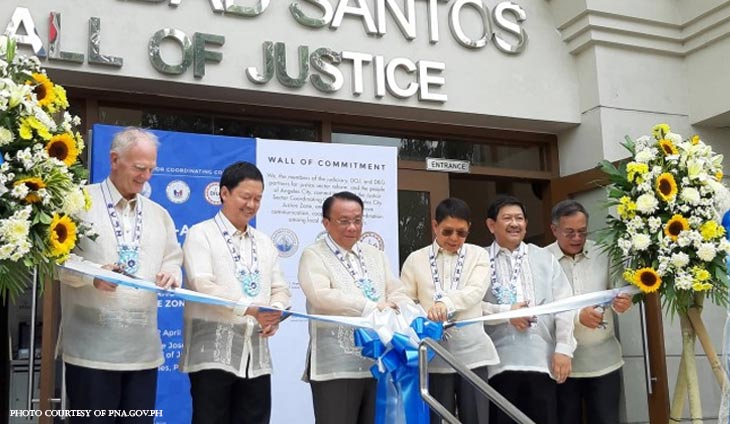 The fourth Justice Zone in the country has been formally opened in Angeles, Pampanga by the Justice Sector Coordinating Council (JSCC).

A Justice Zone is an area where local justice sector agencies, such as the police, judges, lawyers, and detention facility administrators identify problems and solutions to address them.

The first zone was launched in Quezon City in 2014, through the European Union-funded Governance in Justice (GOJUST) Programme.

This was followed by the construction of Justice Zones in Cebu and Davao in 2018 and March 2019, respectively.

During the launch, EU Ambassador to the Philippines Franz Jessen reaffirmed the bloc’s commitment to the Philippine Development Plan by supporting the JSCC at the national level and the Justice Zone at the local level.

He is optomistic this initiative could spur similar efforts in other parts of the country.

“We very much hope that through the lessons learnt from initiatives that will be piloted here, the justice system will in time be better able to resolve some of the challenges that have bedevilled it for years, including the increasing congestion of the prosecution offices, the courts, and in detention facilities,” he said in a speech.

Through an agreed structure and through two-way communication with the JSCC, piloting of new activities takes place within the Justice Zone.

After the launch, Jessen and the officials signed the wall of commitment, reaffirming their support to the JSCC and its efforts to improve coordination among local justice sector actors. (PNA)