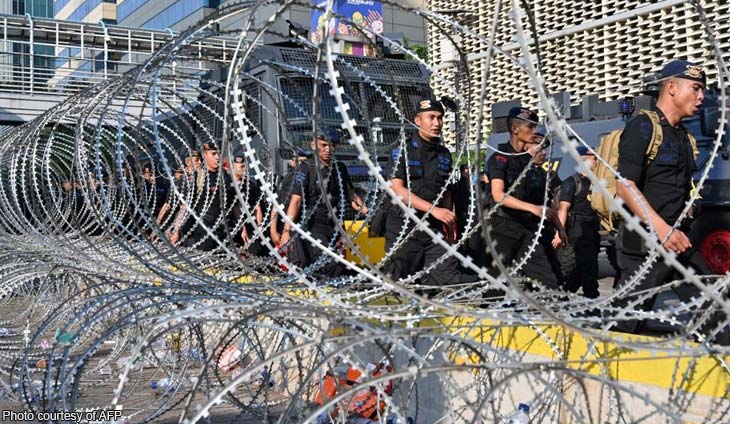 Four Indonesian police officers have been arrested in connection with the abduction of a British national that saw kidnappers collect a $900,000 ransom, authorities said.

Officers staged a fake arrest of the victim at a toll road in the capital last week, reinforcing the ruse by briefly taking him to a police compound before moving him to a city hotel.

There the kidnappers — who included a colleague of the victim — forced him to call his boss to raise the ransom, said Jakarta Police spokesman Argo Yuwono.

The Briton was released after it was paid in US dollars, which the gang later changed into local currency.

Four officers and two civilians have been arrested.

The British Embassy in Jakarta said it was aware of the incident but would not provide any other information.

“This is a matter for the Indonesian police,” a spokesman said.