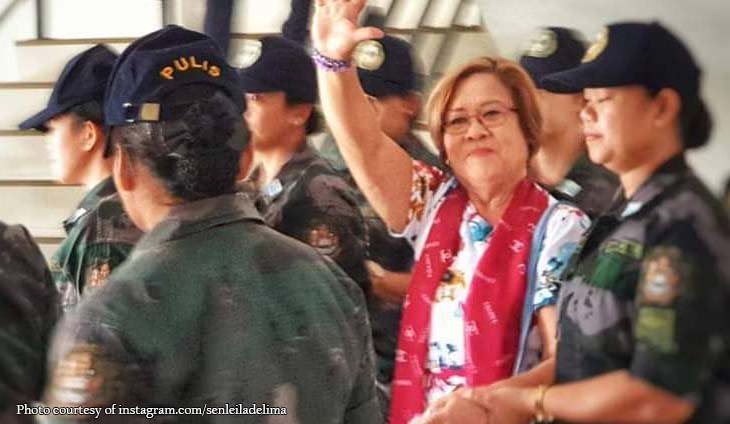 ” Everyone imprisoned by final judgment before 2013 is entitled to a recomputation of GCTAs earned (good conduct time allowance) , if any. If the subjects 13 convicts qualify for reduced sentence due to GCTA and they have actually served it, they too will be released,” Justice Secretary Menardo Guevarra said.

These 13 convicts who testified against de Lima during the House of Representatives justice committee’s probe into the alleged illegal drugs trade at the New Bilibid Prison are:

7.Hans Tan, convicted for robbery and direct assault with murder

Earlier, Guevarra disclosed that Sanchez and other prisoners maybe released from prison because of a 2013 law increasing GCTA and a Supreme Court decision in June applying the law retroactively.

Guevarra was referring to a June 25, 2019 ruling of the SC that declared invalid Section 4, Rule 1 of the Implementing Rules and Regulations of Republic Act No. 10592 in so far as the said IRR provided for the prospective application of the grant of time allowance of prisoners for: i.) good conduct, ii.) study, teaching, and mentoring service, and iii.) loyalty.

As a consequence, all prisoners regardless of whether already serving his/her sentence or undergoing preventive imprisonment may qualify for the reduction of their sentence pursuant to the time allowances under R.A. 10592.

“NBP (New Bilibid Prison) records on good conduct of PDLs (persons deprived of liberty) had been in existence before the SC issued its ruling on retroactivity of GCTAs last June. The matter of computation of GCTAs is therefore purely ministerial,” he explained.

In its June ruling, the SC has declared that the number of days credited to prisoners for their good conduct; study, teaching, and mentoring service; and loyalty should be retroactive in application under the law that became effective on Oct. 10, 2013.

The unanimous full court decision written by Associate Justice Diosdado M. Peralta stated that the increased time allowances given to qualified prisoners would bring about a substantial reduction in their penalties “which eventually will result in the decongestion of the jail system in the country.”

RA 10592 amended several provisions in the Revised Penal Code (RPC) and authorized the credit of preventive imprisonment and revision of good conduct time allowance of persons deprived of liberty.