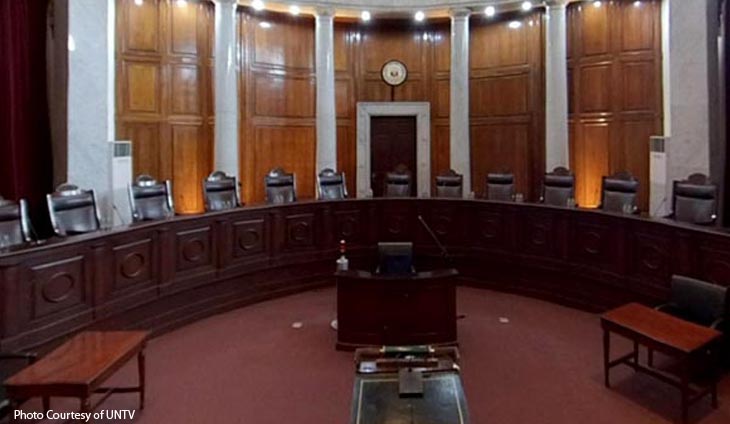 A total of 13 candidates are vying for the Supreme Court seat to be vacated by Associate Justice Jose Reyes Jr. who will mandatorily retire on September 18 this year.

SC clerk of court and concurrent ex-officio secretary Edgar Aricheta said:
“The public may submit a sworn complaint, report, or opposition against any of the aforesaid candidates by electronic mail to jbc@sc.judiciary.gov.ph and jbc87supremecourt@gmail.com. ”

The Judicial and Bar Council is constitutionally mandated to screen applicants for vacant posts in the judiciary and the Offices of the Ombudsman and Deputy Ombudsman. #